Every time its the same, I think I have grasped the rules rudimentarily, just to be beaten by Bart even while he's handicapped by a big flue. My movement orders are clumsy, the fire power of the Swedish crown forces vanish into thick smoke, just like all my efforts in the end, only to be swept up nicely by the all towering Polish Hussars at the end of the debacle, as "battle" wouldn't do it justice.
Thankfully Bart has lend me the rules in English, so at least for the next time I have the opportunity to be prepared.

We played a river crossing scenario out of the book, I had the weaker Swedish forces awkwardly defending the fort and the bridge ... attacked with my Reiters the Hussars, phhfff, what a foolish thing of me to do, then I tried to retreat behind the bridge and shoot, puffs of smoke, really, but then some flanking Polish light cavalry appeared behind my lines, then again, I tried to re-group my forces but it felt more like radio-operating the clay version of the Colossus of Rhodes ... next thing I know my forces were scattered in the winds - game over.

Figures and game by Bart, terrain by SESWC. 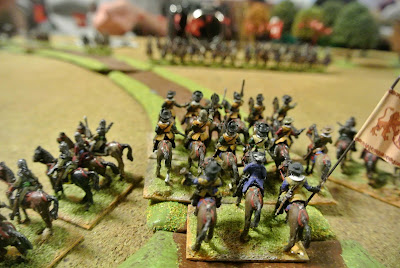 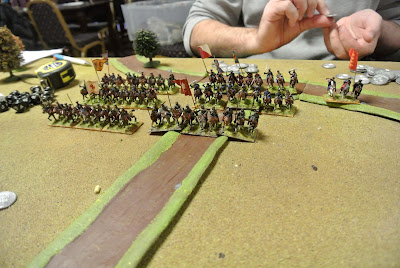 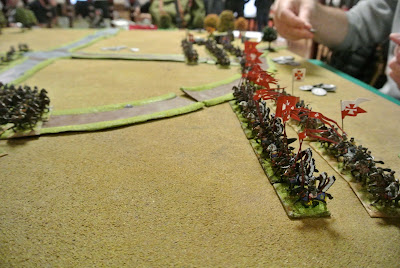 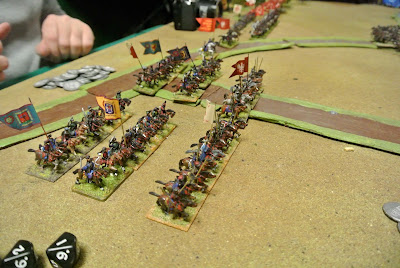 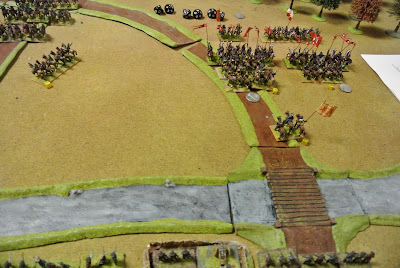 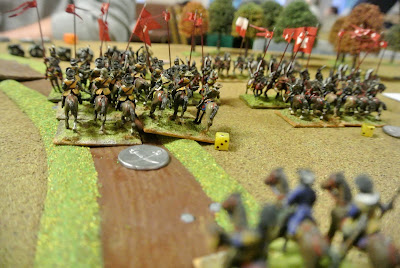 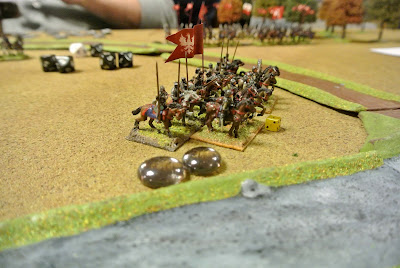 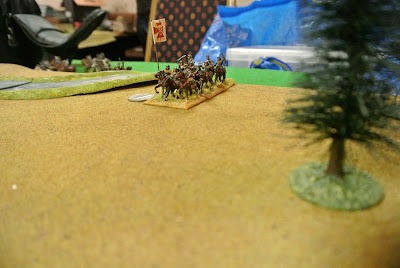 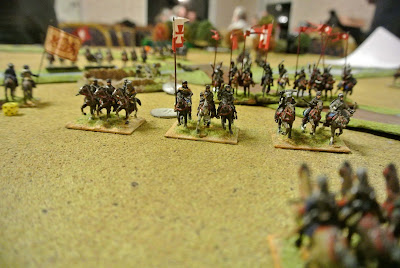 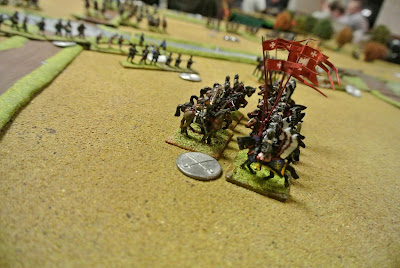 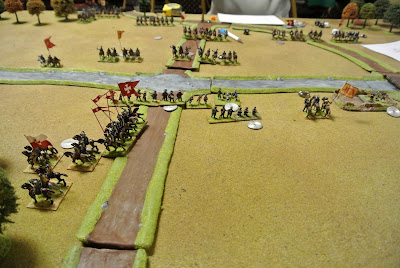 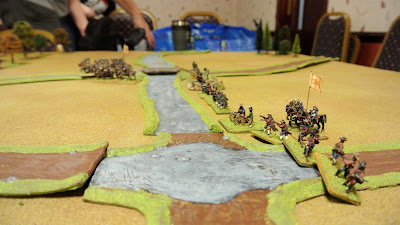 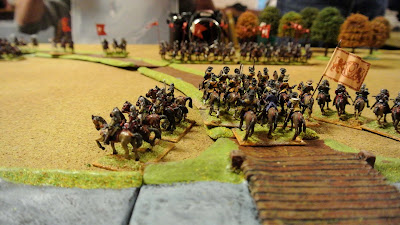 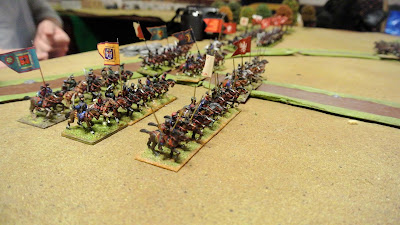