It was a weekend game and we decided shortly it would be Early French-Italian Wars, Renaissance in 28mm using amended Pike&Shotte rules. Bart played with Alaistair (CinC) the Imperials and Peter and I were the French. The Imperials had  3 pike blocks (one large) and the French/Venetian had 4 (one large, the Swiss) while on the guns we were even, the French outnumbered the Imperial Horse and the Imperials had more Doppelsoeldner and Rodeleros (4 in total!!!). Bart played with the German Gendarmes d‘Ordonnance vs the French and Archers and Men-at-arms played by Peter, while Alasdair held out against me with (Angus's) Venetians.

While I did was Angus never dared, I actually advanced with the whole lot of the Venetians, Peter and Bart were getting caught up in a nasty cavalry fight. I must say Alaistair did fight well against my Stradioti, but rolled very badly with some command roll and some defence rolls that obliterated his flank Light Horse units, and from there I rolled it up until I blew away his hedgehog of a pike block with two light guns and two arquebusiers (7 hits he just saved 1) and the flank was no more.

In the meantime Bart (after I told him, the double faced bastard that I am) lured Peter into the what I would call the gendarmes d‘Ordonnance trap. He attacked some nearly shaken gendarmes, failed and therefore had to retreated. But the as they are galloper (in my rules) they HAVE to charge into the pike block behind. Unfortunately Bart retreated with his doppelsoeldner through the block and disordered them as well, so the fight was then even again. I don't know how, but at some point I heard Peter calling me that his flank was about to disintegrate...

We called it a day at that point. A clear French win, unit wise, I killed 6 units from Alaistair and I don‘t know I guess Peter/Barts  had some 4 units besides the table so, after a little bit of Bart moaning that the French had too much Cavalry we finished and mopped it up.

Renaissance keeps to be a weekend games as, yes its slower, but it needs more time as we have a lot more troops. AND theVenetian actually can punch their line IF they actually move and change their crossbowmen against arquebusiers, which I did. 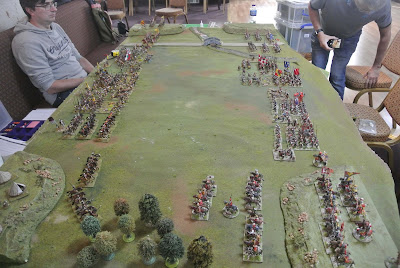 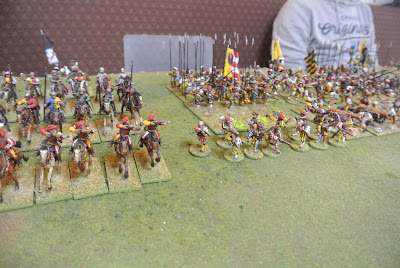 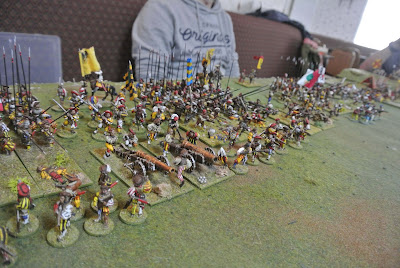 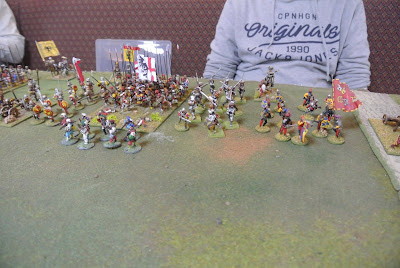 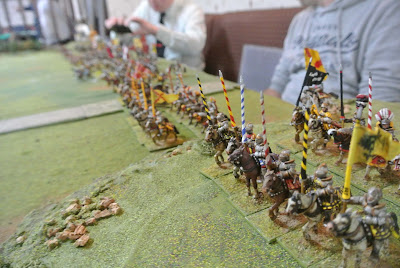 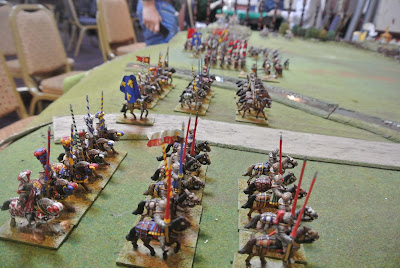 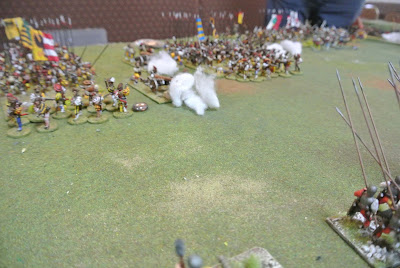 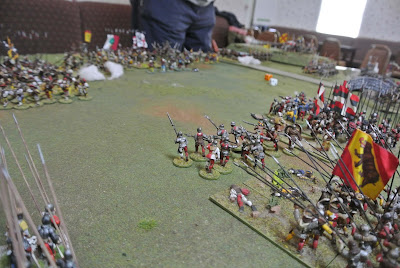 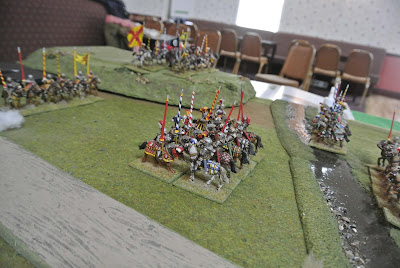 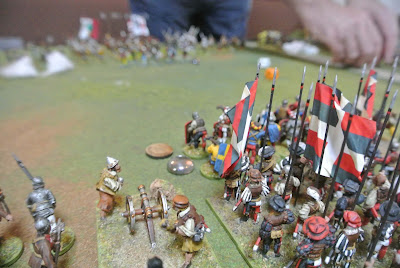 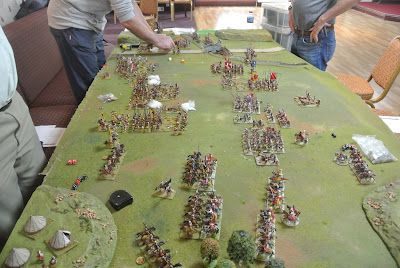 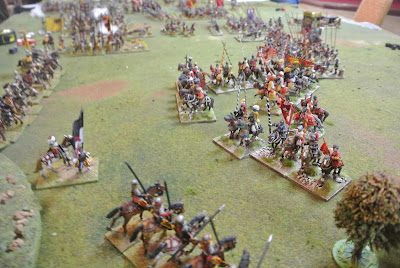 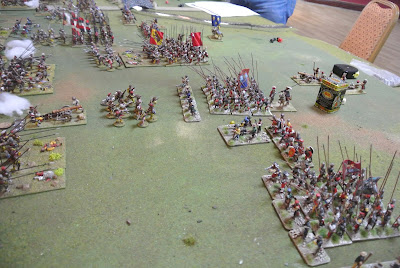 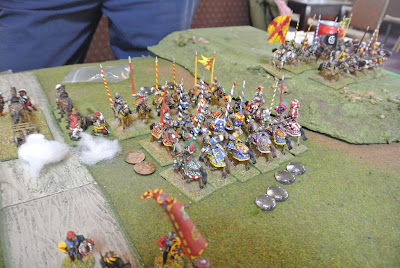 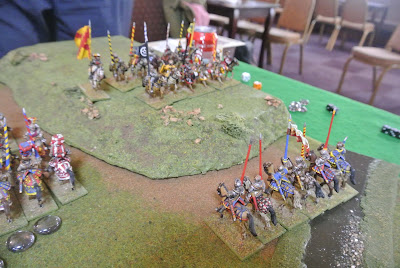 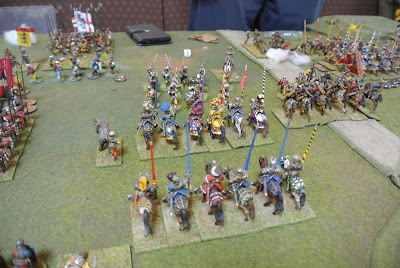 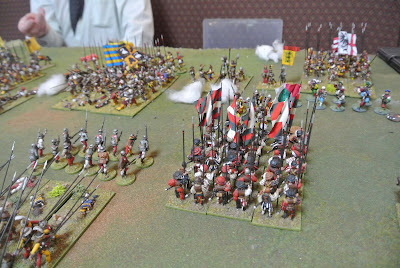 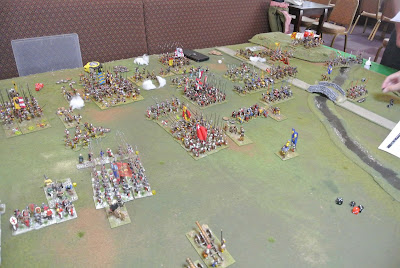 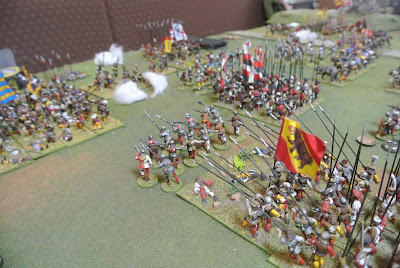 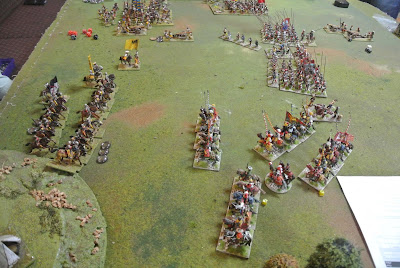 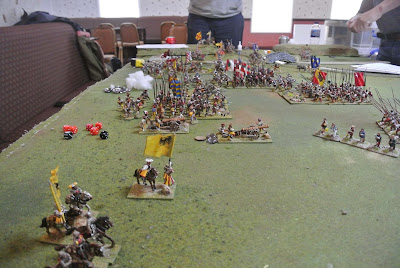 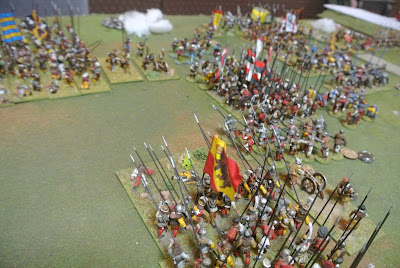 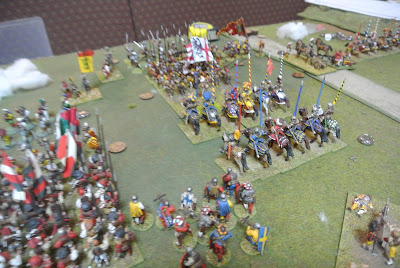 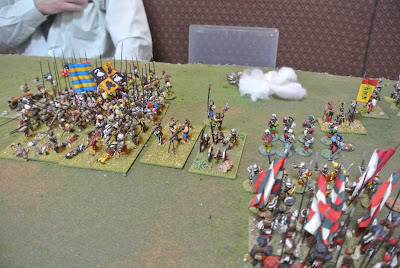 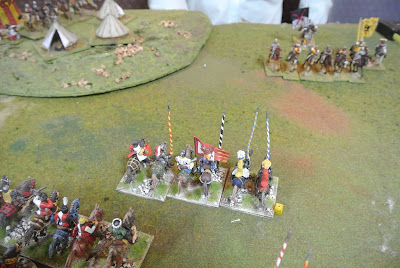 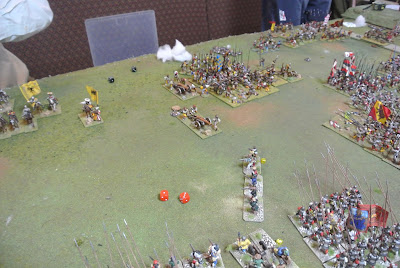 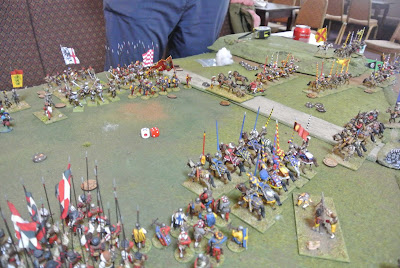